Buddhism and Bullying: Little Girls and Sleeping with Cobras 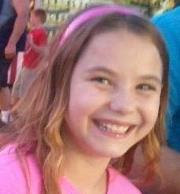 (ABC News) More than 100 people attended a prayer service last night in memory of 10-year-old Ashlynn Conner, an Illinois fifth grader who took her life on Friday.  Police are investigating whether bullying caused the young honor student to commit suicide.
Her mom, Stacy Conner, said she had planned to meet with the school principal this week after Ashlynn complained she was being taunted by schoolmates who called her fat, ugly and worse.
“She was called a slut in school and she came home and told me she didn’t even know what that word meant,” said Stacy Conner. “I didn’t tell her what that word meant. She’s too young to know what that word means.”
The Practical Buddhist Responds


Terrorized by her classmates, this precious child apparently found death by hanging preferable to another day of taunts and rejection. Most victims of bullying don't kill themselves but Ashlynn couldn't get past the pain. As a psychologist who works with kids I want to cry.  I grieve for her family and for the school that failed her. I create the fantasy that if I'd been there I could have stopped it.
The truth is I might not even have noticed. Bullying is so often hidden. It is also so common, and every one of has the seeds of being a bully somewhere inside.

Bullying is the abuse of power to control another person or group. Sometimes it's for gain. Sometimes it's for sport. Sometimes both.  It doesn't have to be violent. Slavery is bullying. Occupy Wall Street demonstrators would say the big money interests bully the ninety-nine percent.
Rich nations bully poor nations. Do you know how we got Colombia to give us Panama for our great canal?  Do you still believe in the Gulf Wars? Every major national power in history has had imperial aspirations, and many still do.

Buddhism is absolutely against bullying in any form.
Buddhism is also not stupid.  A holy monk saw an injured cobra by the roadside. He carefully picked it up and took in home in a basket, where he fed it and kept it warm until it recovered. His compassion was so great that the decided to sleep with the serpent. It bit him and he died.
The moral: give tender care even to vipers, but keep them in the basket until they are well, then send them away. Compassion will not change them from cobras into kittens.
If you have great wisdom, insight, and self control, you will not likely be the bully's victim of choice, because bullies prey on children or the weak.  Neutralizing bullies starts with developing my own awareness and compassion.  Gandhi-ji did it in India, where he routed one of the biggest imperial bullies in history. But children aren't Gandhi. We need to be alert and protect them, and to reach out to the bully too.
But if the bully isn't likely to change, go and learn a defensive martial art and become an expert and defending yourself without damaging others. Keep the bully in a basket, then send him away.
Posted by David McPhee at 2:34 PM