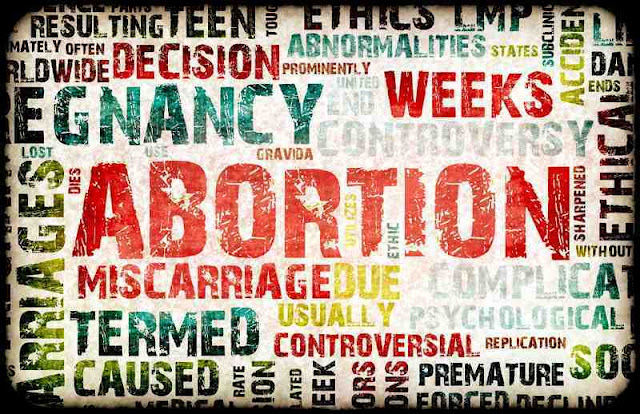 WASHINGTON (Reuters) - The Susan G. Komen for the Cure foundation backed down from its decision to cut funding for Planned Parenthood, which provides abortion and birth control services, following a massive outcry by supporters of the world's largest breast cancer charity.

Komen's decision had thrust the group into America's deeply politicized debate over abortion rights and its apology on Friday may not satisfy the more vocal advocates on either side.

Remember, Buddhism has no commandments and no Pope, so there's no one to tell us what to do in every case.

We do have noble truths and teachings and precepts that go back to 600 years before Christ and earlier, but they have to be applied using what Christians would call a well-formed conscience.

We are about relieving as much suffering as circumstances permit.  And we want to use skillful means to change circumstances that lead to abortion, and to all suffering. That's why we think about harm and benefit more than about people's rights.

A good Buddhist would meditate about the First Precept and conclude that since abortion is killing, it is very negative in terms of karma. And it is bad in various measure for everyone involved. For the mother, for the abortionist, and for the fetus, and by extension for every living thing everywhere.

The good Buddhist also thinks about the circumstances of all involved. Abortion just for convenience or to increase wealth or leisure? Extremely negative.  Abortion when a 12 year old is raped by her dad and the fetus is very badly deformed?  Still negative because it is killing, but far less so due to assessed harm and benefit: compassion for the mother and perhaps for the fetus too, in the face of the admitted harm.

In practice, ethical choices are much more difficult for Buddhists because we must carefully study each case and every situation from multiple perspectives, then make the best decision for all concerned, in keeping with teaching, tradition, and a profound commitment both to life to to relief of suffering.

The Dalai Lama, always un-Pope-like, has said "Abortion is of course a negative, but each circumstance must be judged individually."

In Thailand, where Buddhism is highly practical, abortion is universally illegal, except in the case of rape and to protect a mother's health, and as recently as 2010 there was a national crackdown on illegal abortion clinics. With a female prime minister and women well established in all professions but the monkhood, Thailand is not particularly gender repressive, but remember: they think in terms of harm and benefit to all, not rights.

Maybe in the midst of rageful rhetoric like the recent Komen kerfuffle, we don't have to give up thinking about right to life and right to choose, but we can add the harm benefit perspective into the equation.  Then we'd employ every skillful means to address circumstances that lead to abortion, which is something both sides might agree on.