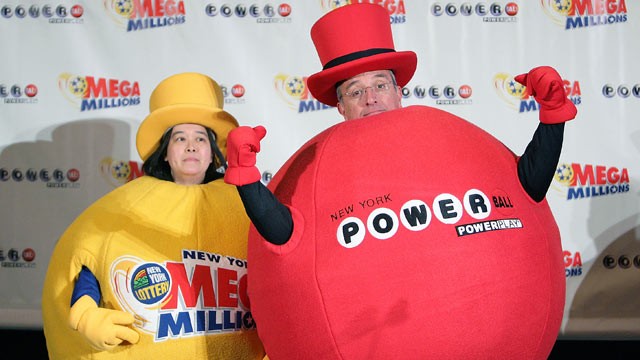 The Powerball lottery that provided a lucky Rhode Island ticket holder $336.4 million could soon produce jackpots of $500 million or more.
$1 billion? Not as crazy as it sounds.
Saturday's winner, who purchased a ticket at a Newport Stop & Shop, has yet to be identified. But the sixth-largest lottery ticket in U.S. history — worth about $210 million as a lump-sum payment — could eventually seem like chump change.
Had no one picked Saturday's six-number winning combination, the Powerball ticket would have jumped to a record $415 million this week.

Buddhists are just as superstitious as anyone else. Every day millions of Buddhists pray they'll win the lottery.  They put food or money in the monk's begging bowl, walk counterclockwise around a shrine,  wai to the Buddha image, or wear a huge plastic talisman on a cord around the neck.  It's not clear who they are praying to, since Buddhism is a non-theistic religion, but they are human and maybe they are imagining all the good they could do with all that cash.

I suppose lotteries are good because they raise revenue for the government, but folks who fantasize about endless wealth are distracted from acts of compassion.  Lotteries appeal to greed and are a distraction.  I've noticed  that people who buy tickets don't look happy at the register. (Of course most joggers look  pretty grim too). Statistically, you're more likely to win the Boston Marathon and be struck by lightning at the finish line and grow dreadlocks overnight than you are to win the big one.