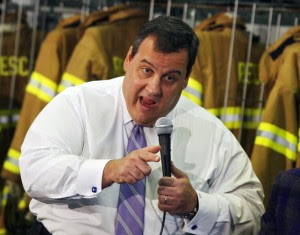 TRENTON, N.J. (RNS)
Christie was trying to compare his call for a statewide referendum on gay marriage to the civil rights struggle.
"What I said was I'm sure that civil rights advocates would have liked to have this as another option but it was not available to them," Christie said on Monday (Jan. 30). "Yet you have numbnuts like Reed Gusciora who put out a statement comparing me to George Wallace and Lester Maddox.
"


Buddhists think we're all connected: people, animals, plants and stars. That makes them a little more tolerant, even if they live in socially conservative countries like Burma and Thailand and Tibet.  There's not a lot of fuss and judgment about homosexuality or other variations on sexuality.


Governor Christie wants to sell the one-man, one-woman thing and pit himself against the vote of elected lawmakers in New Jersey. He's thinks we'll believe he's sincere in "leaving it to the people," and calls for a referendum on civil rights.  If you can't win with the judicial branch or the legislative branch, maybe you can whip up the religious wrath of indignant populace and get your way.


Seems the good governor is about dividing and maybe conquering.  And sucking up to his base. And beating the "numbnuts."


The average Buddhist might be more upset about the politics of anger and division than about delays in letting gays and lesbians marry.