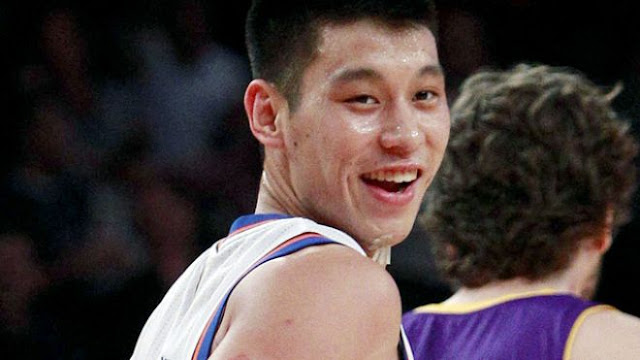 Here's a quote from Lin that appeared first in the Mercury News :

“Sometimes you come up against a mountain and you end up making the mountain seem bigger than God,” Lin said. “Last year, I was on pins and needles. I was putting all this unnecessary pressure on myself. Now, I feel like I’m free out there….
“I’m not playing to prove anything to anybody,” Lin said. “That affected my game last year and my joy last year. With all the media attention, all the love from the fans (in the Bay Area), I felt I needed to prove myself. Prove that I’m not a marketing tool, I’m not a ploy to improve attendance. Prove I can play in this league. But I’ve surrendered that to God. I’m not in a battle with what everybody else thinks anymore.”

The Practical Buddhist Responds
I think Jeremy has a Buddhist heart.  He's certainly a follower of Jesus Christ, and shares his faith easily.  But there's a strong Buddhist vibe there too. By all accounts he's kind, gives credit to others, but doesn't deny his own gifts. Barely out of adolescence he was pressuring himself and worried about pleasing others, and that gave him a tense and uncomfortable year not long ago. Now he has let go of all of that and has no battle with the views of others, or with himself. Last year, he says the pressure affected his game and his joy. No more. At 23, he has learned to embrace his life and be gentle with himself and others. A happy Christian with a good Buddha heart.