Another round in Ten Commandments fight hits Fla. 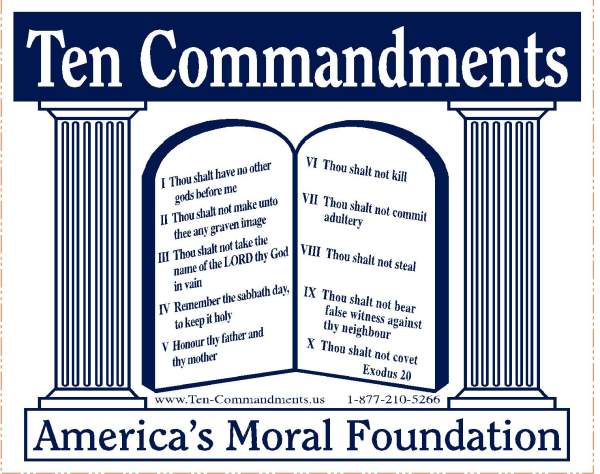 CROSS CITY, Fla. –  The folks who live in this sparsely populated rural region along Florida's upper west coast don't like outsiders butting in, especially when it comes to their religious beliefs.

They're miffed, to put it politely, and appealing a federal judge's order to remove a five-foot high granite monument that prominently displays the Ten Commandments in front of the Dixie County courthouse by Sunday. The six-ton, $20,000 monument still sits on the courthouse steps. Beneath the commandments, the monument reads in large capital letters, "LOVE GOD AND KEEP HIS COMMANDMENTS."

A Buddhist watching this dogfight would be confused. Here's why.

America's moral foundation is deep and beautiful and well described in our founding documents. Not in Exodus 20. No scriptures of any faith are mentioned there.

Fact is, Jesus taught that the Ten Commandments needed a fresh look even in his day, and when when Pharisees wanted to know which commandment was greatest, he told them to love God above all, and to love neighbor and self. Throughout the Gospels Jesus makes it clear that you can't find salvation just by superficial obedience to Moses' law.

Still the folks in Cross City are promoting their version of what they've decided the Commandments mean, in the original Elizabethan English, and they're fighting to keep their monument on the people's land.

The loss of religious freedom begins when promoters of one brand of faith win special recognition or privilege from the government.