TRUMP IS NOT LYING 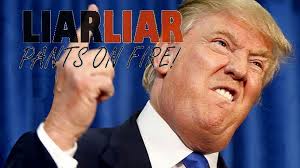 Trump Does Not Lie. This poster is incorrect

Calling Donald Trump a liar is inaccurate, and is unfair to liars everywhere.

This morning Fareed Zakaria called Trump a Bullshit Artist – strong words from an international commentator known for balance and restraint.

But c'mon, Trump’s a liar, right?  He insists he watched throngs of New Jersey Muslims cheer while the Twin Towers crumbled. He claims private chats with Vladimir Putin. After a disastrous run of plummeting ratings and mass defections, Trump crows he’s doing really great in the polls and he is uniting the Republican Party. 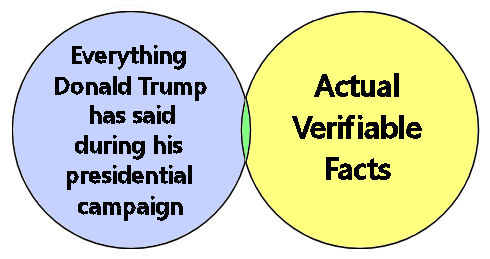 Why doesn’t that make him a liar?  Because liars know what’s true and what’s not. They deceive to gain advantage or avoid consequences.  They typically try to make their falsehoods sound plausible. They have to keep track of their lies. This requires a kind of intelligence.

Trump’s not a liar.  The fact that what he says is rarely true doesn't make him one.

Trump is deeply narcissistic and intellectually lazy. Even his surrogates fret over his shockingly brief attention span and aversion for reading reports or digesting data.  Instead he forms an impression from a fleeting glance or whispered rumor and turns it into a personal Gospel.  Then the narcissism takes over and he can’t back down.

Soon he believes it himself.

The worst of Trump’s followers get high on his hate and bullying.  Many are angry, uneducated white males who enjoy simple, shouted slogans that give them permission to despise and exclude.  Crooked Hillary is a devil and should be locked up.  Mexicans and Muslims are ruining our country.  Only Donald can make America great again.

None of this is about lying.  All politicians lie, at least a little.  Trump’s a pathological bullshit artist and that’s a lot worse. 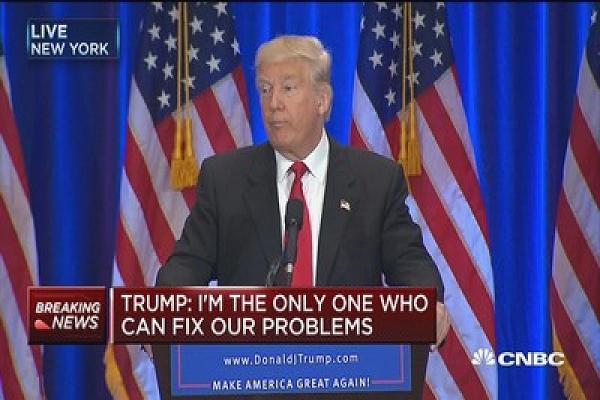